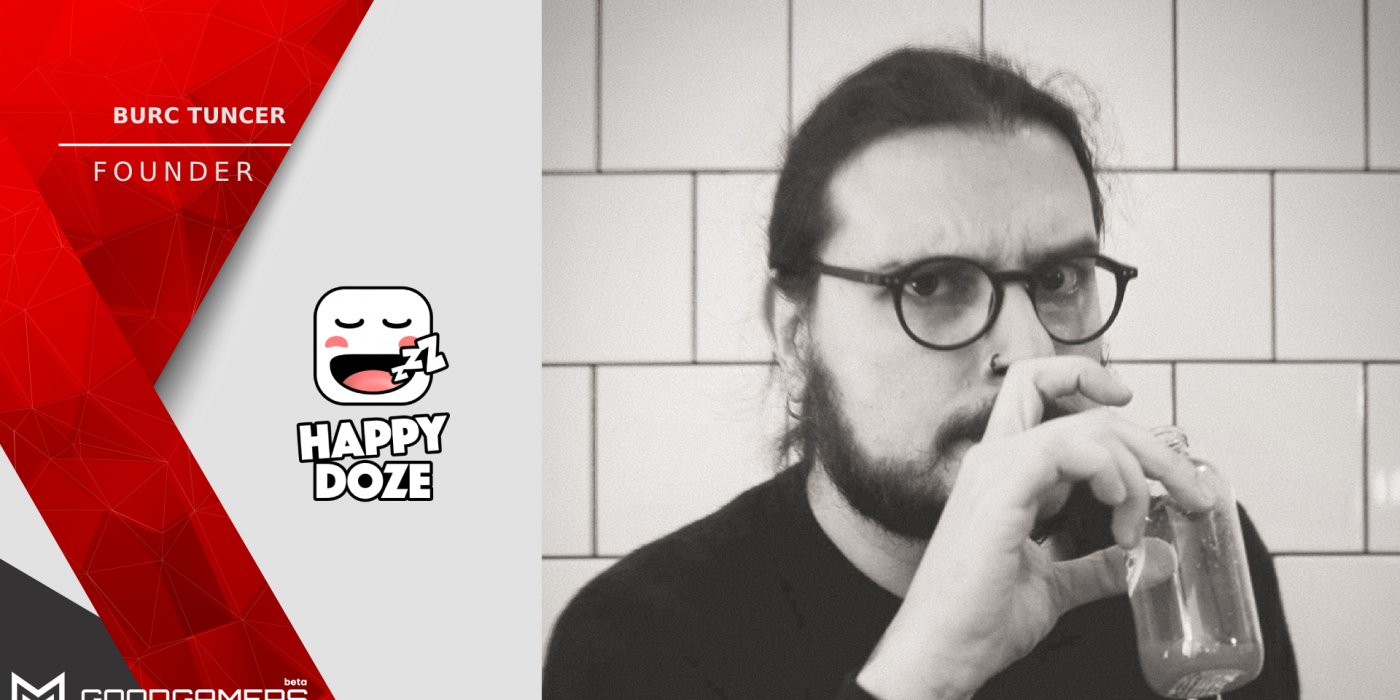 Happy Doze – Burc Tuncer “I see ‘the road to ship your first game’ as a tutorial section of a giant MMO.”

Pointing out that being an indie dev means to be able to wear many hats, Burc was already more than capable of handling a new career by blending his skills into a game and set up his own studio. 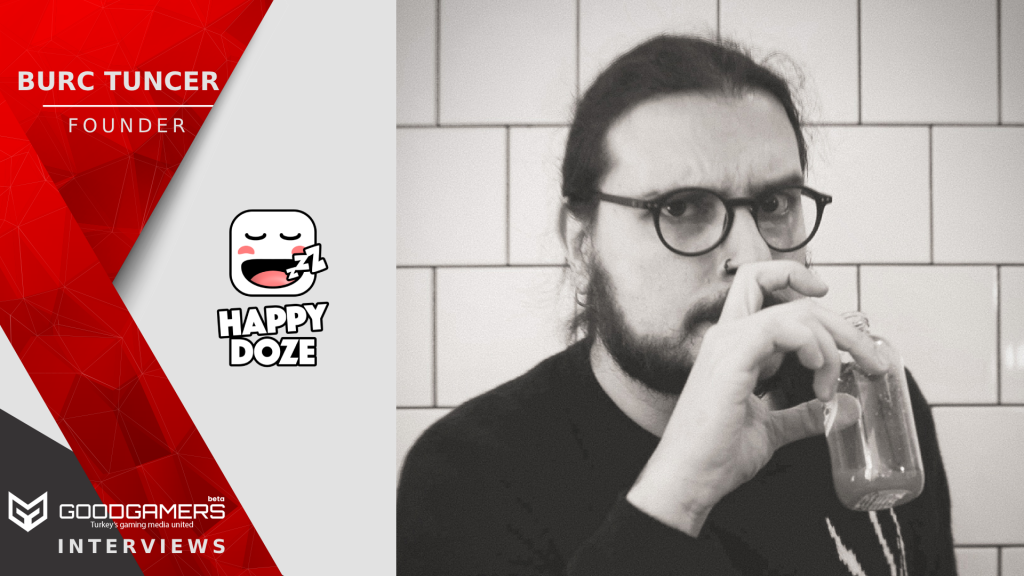 Number of people working for the studio: 2

GoodGamers.biz: Burç hello, could you please tell us more about yourself? How did you decide to be a part of game industry and how long have you been working on it?

Burc Tuncer: Hi! A career in games development was always a dream for me but I never had the courage to follow this dream because of financial reasons. Then at some point, I decided to take a chance to do it “professionally” and see if it will work out, while I’m still young. So 4 years ago, I decided to go indie. The reason I went for indie is the fact that most of the “companies” in Turkey were strictly developing hypercasual social puzzle games. That wasn’t exactly the genre I was into.

GoodGamers.biz: Many people might not know about your career before you decided to take part in video games. You also have a reputation as a flame artist and a musician in post rock scene in Turkey. That would be nice to hear about the details in those professions as well.

Burc Tuncer: I worked as a Flame Artist. Flame is a visual effects & finishing software/hardware suite, mostly used in post production studios worldwide. It has a bit of everything from editing to compositing and even 3D. This basic knowhow eased my transition to the games development. As for music, I have a band called “kafabindünya” and I have numerous electronic music releases under many aliases. I’m also super into chiptune scene and I also released a couple of chiptunes composed on GameBoy Classic.

GoodGamers.biz: Do you combine those different skills in the games you create? Which one inspires you the most?

Burc Tuncer: I’ve found out that games development is an extremely diverse profession and it’s the combination of lots of disciplines. Especially if you’re on a small team, everyone has to have a basic understanding (or at least a taste) of many aspects in games development. This ranges from UI/UX to physics, sound design, game design, polish etc. I’ve found use in every single drop of experience I’ve had, so that may have given me a kickstart on pursuing this career. I soon found out that in games development, the amount of things you would learn is practically infinite.

GoodGamers.biz: Could you please give more info about the games you created and the last one called Bit Quake?

Burc Tuncer: As as team of two in Happy Doze, we are working on a game called Planet Runners for 3+ years. It’s a multiplayer platformer racing game. It has a large scope for a team of two, it turned out harder than we thought but we somehow managed to handle it and love 100% of what we’ve done in this game. It’s like a love letter to the ‘90s yet it’s a modern multiplayer mobile game.

Bit Quake is a solo project of mine. I started this project to practice many stages of games development, from design to shipping it. I thought I needed to have as much knowhow as I can before releasing Planet Runners, a game that we’ve been working for a very long time. It has rogue-lite elements like Downwell and a perk system like Crimsonland. I try to periodically add new stuff and do updates because I simply love playing it and I’m eager to find out what kind of a game it will become after a year. 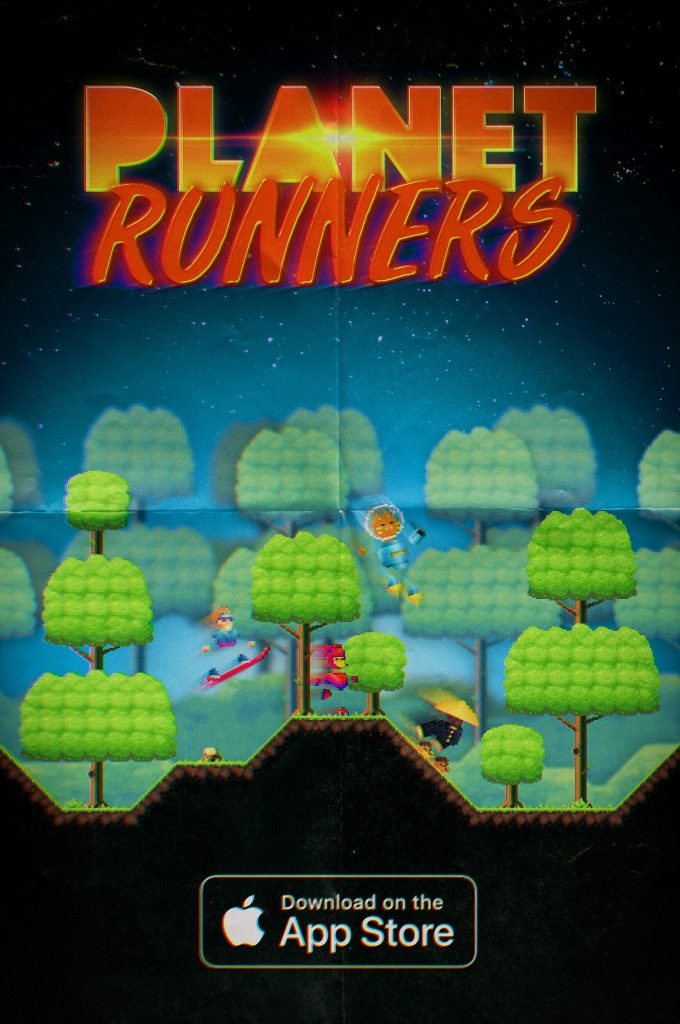 Burc Tuncer: Being an indie developer means that you have agreed to do “anything” that you can throughout the whole development process. You need to be able to wear many hats. The more you do, the less expense. Thankfully, there’s an endless amount of resources online so you can do a super basic implementation of most things. PR and Marketing is super hard and given the budget, I would always prefer to contract a third party to handle them. Games Development is hard and I don’t think it’s efficient to spend time for both development and marketing. It may lead to a burn-out.

GoodGamers.biz: How is the reaction of gamers and press about it?

Burc Tuncer: We mainly focus on iOS platform and there’s this site called “toucharcade”, which is practically the cornerstone of the scene. Their forums have an active community that give valuable feedback and if you see an article about your game on toucharcade, you’ll know that it will have an organic grow. So press value = marketing value. I can’t stress the importance of “polish” in your game enough. If your game is polished, you will get press attention. If you get press attention, you will get players. 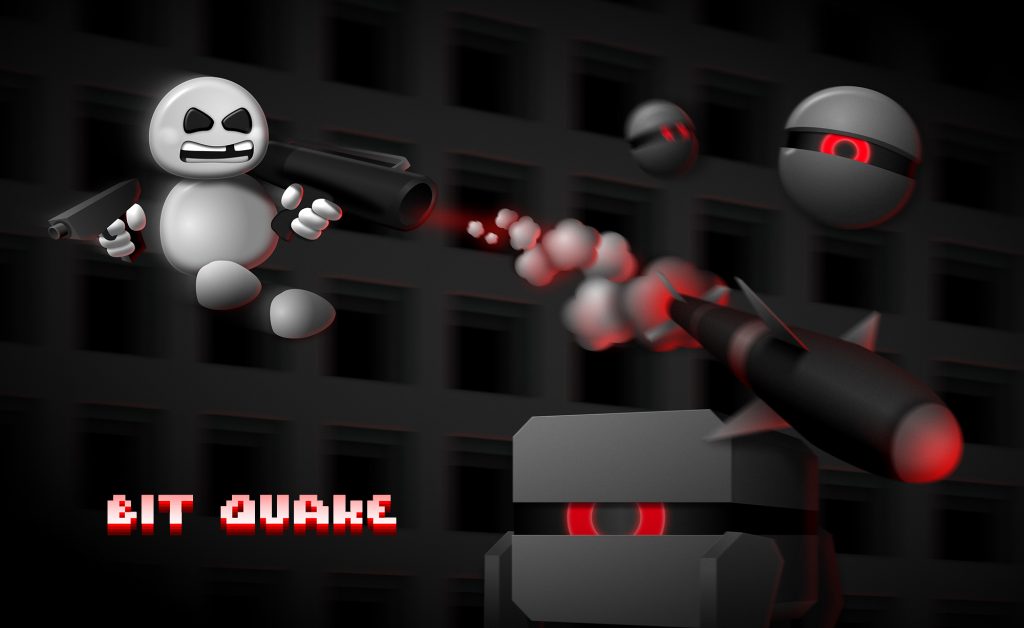 GoodGamers.biz: What are your plans for the next years? Any upcoming project on the way?

Burc Tuncer: We’re planning to add new content to Planet Runners periodically. I will also be casually working on Bit Quake. And if everything goes well and we have a greater headroom financially, we’re planning to work on a completely new project, learning and exploring completely different gameplay mechanics.

GoodGamers.biz: How do you see Turkish video games industry? What do you advise to those who’d like to start creating games?

Burc Tuncer: Turkish video games industry is growing rapidly and lately there are lots of indie studios. I advise new developers to just focus on “shipping” something first. It’s not important if it’s a masterpiece or a terrible game. It’s important to see that you can “ship it” so you can go further and create something better. Indie development is hard and I see “the road to ship your first game” as a “tutorial” section of a giant MMO. If you get past it, you will be motivated to take your chances of going further. Never give up! 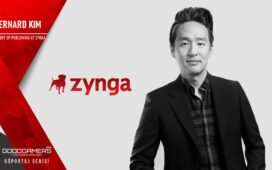