Gram Games has released the new title of the Merge series: Merge Magic! Merge Magic! is a puzzle-adventure game, in which players heal the magical lands, use the powers of the creatures, solve fun puzzles, build their own gardens to grow their creatures.

Gram Games was founded in 2012 by Mehmet Ecevit, Kaan Karamanci and Alpay Koralturk. Their first famous game is 1010! managed to exceed 100 million users in a few years with an investment of $ 1.6 million. Subsequently, they continued their success by reaching 170 million people with Merge Dragons! and Six!. Merge Dragons! was a great hit that it managet to get into Apple App Store’s Top 50 list. Merge Dragons!, which generates $17 million monthly revenue according to Sensor Tower data,  is a testimony that Gram is doing things right. 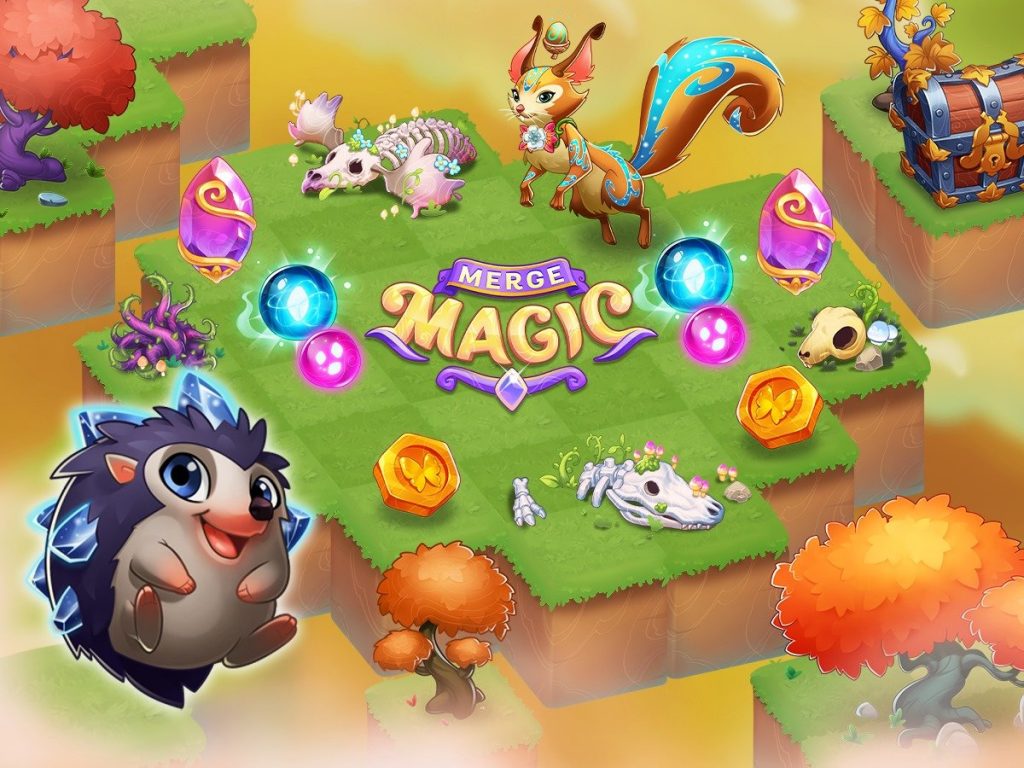 All items in the game can be matched and combined to produce unique artifacts. There are creature eggs, shrubs, treasures, stars and glowing plants that can be combined to help players solve mysterious puzzles. Merge Magic! has more than 600 quests, and in additon to that you can repeat more than 100 levels to generate power-ups and build your garden. Merge Magic! looks rather like a successful polishing of Merge Dragons! with better interface and visual improvements. The game is free to play and you can get it from Google Play Store, Apple App Store, and Amazon Appstore.