Peak Games managed to enter AppAnnie's 2017 version of most successful mobile developers, beccoming the first ever Turkish company to do so

Back in November, we shared a news report, stating that Peak Games sold the card games in its portfolio to Zynga. It was big news for the Turkish game industry, and for the global industry as well. Today the company made an even bigger announcement. Peak Games became the first Turkey based mobile developer to be listed in AppAnnie’s 2017 Top-52.

AppAnnie published a list of companies that developed applications for Apple App Store and Google Play Store in 2017, according to the revenue they obtained. Peak Games ranked 37th on the list, ahead of many giants. 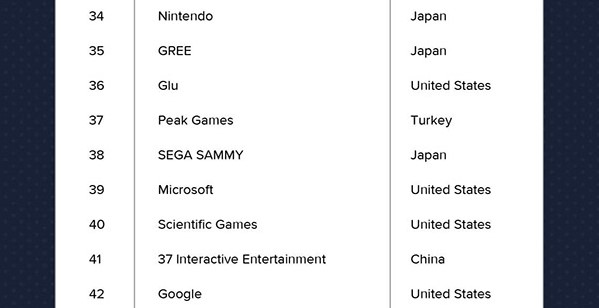 Continuing its operations with a 60 people strong team, Peak Games is also one of the three Europe based companies on the list. The most successful top 5 were Tencent, NetEase, Netmarble, Activision Blizzard, and Supercell respectively. Peak’s inclusion into the list is a good indicator of the level of development of Turkish gaming industry.

In the light of the growth numbers in the first two months of the year, the company aims at a higher place on the list in the years to come.