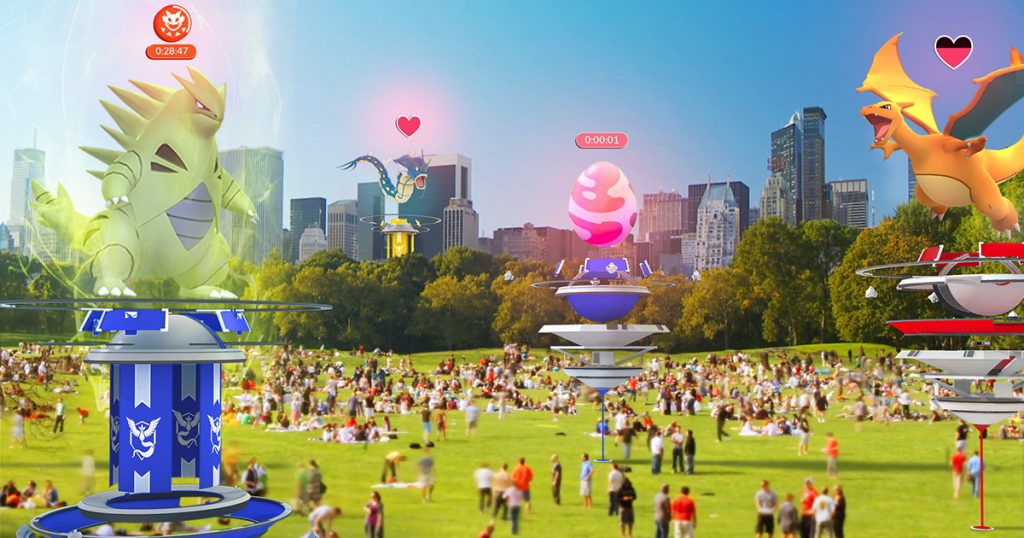 The gaming industry will continue to grow with record investment

The game industry's software and hardware revenues are expected to reach $170 billion this year and if the strong performance continues, it is expected to rise to $235 billion by 2022.

According to Digi-Capital’s forecast, revenue generated by gaming software and hardware will reach a level greater than the gross domestic product of 150 countries over the next five years. Experts expect software revenues to take up the torch in the next three quarters when new hardware won’t be released.

Three major verticals will be the engines of the market

According to Digi-Capital’s report for the first quarter of 2018, mobile gaming software, PC gaming hardware and PC games will be the main providers of growth in the gaming industry. However, in order to catch a success chart at the expected level, mobile games should continue to rise tremendously. 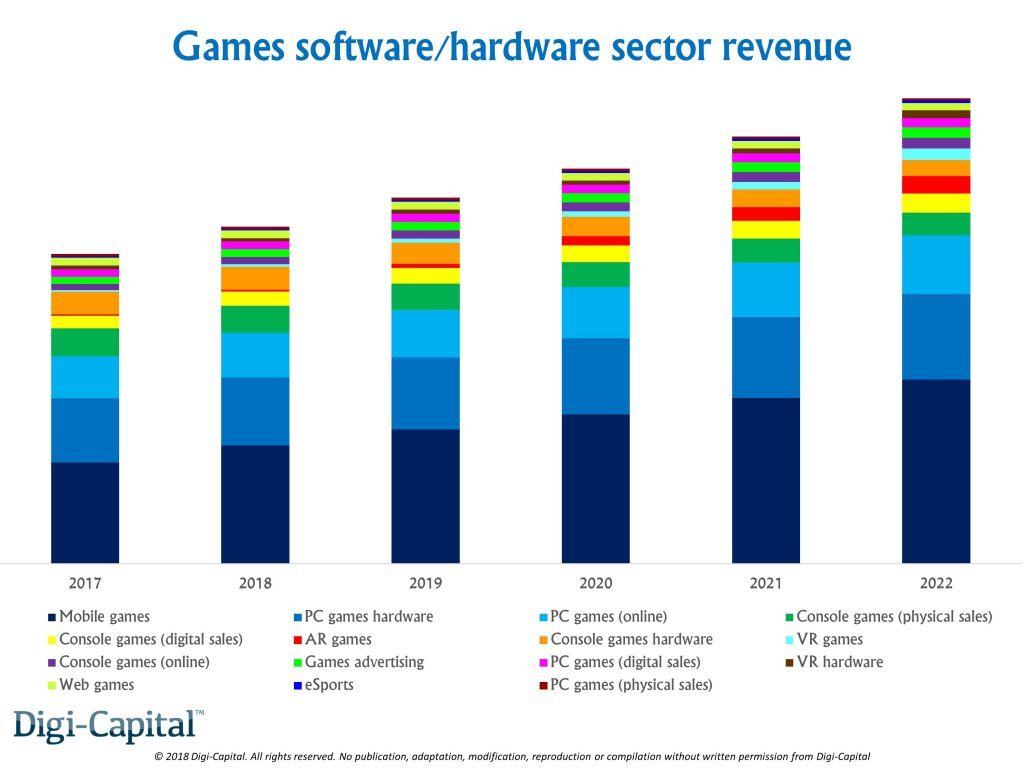 Experts expect mobile games to generate between $55 billion and $60 billion this year. If this comes true and strong performance is maintained, by 2022, it would be possible for the vertical to generate around $95 billion in revenue alone.

Online competitive PC games are expected to show a slow growth momentum. According to analysts, this vertical, which will generate between 20-25 billion dollars this year, will remain at 25-30 billion dollars in 2022 as well.

Mobile gaming is the clear leader

The decline is expected in the sales of physical PC games and web games. 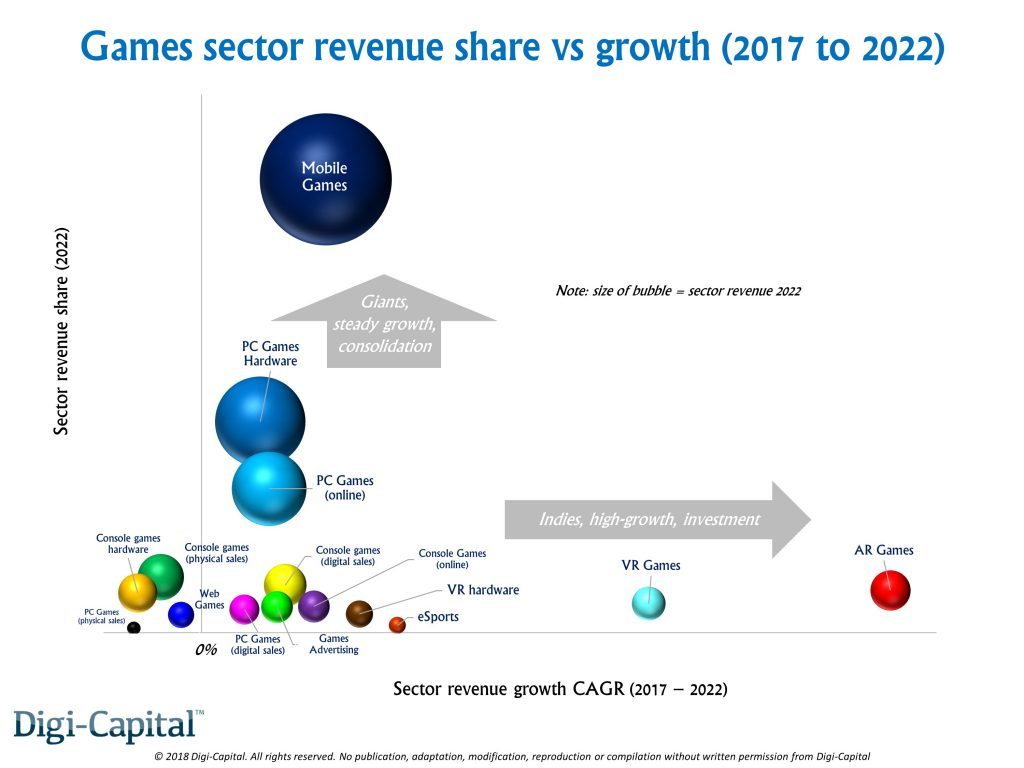 It is envisaged that mobile gaming software will make up one fifth of the income of the entire gaming industry in 2022, and one-third of the PC gaming plus hardware market. Sales of consoles and games are expected to generate one sixth of revenue of market over the next five years. While both software and hardware in the virtual reality (VR), and software in augmented reality (AR) are expected to generate significant revenue; it is noted that these verticals can not scale as fast as other fields.

Web games are now obsolete and eSports are growing slower than expected. In the next five years, eSports will generate 1 per cent income of the entire gaming industry.

The steady growth in the gaming industry has allowed the investments to increase over the next two years. The total amount of investments made in the past year’s game initiatives exceeded 2 billion dollars. The greatest investments were made in initiatives involving basic gaming technologies, mobile games and AR-VR. Although eSports attracted similar intense interest, investments in this area have remained unfavorable compared to others. 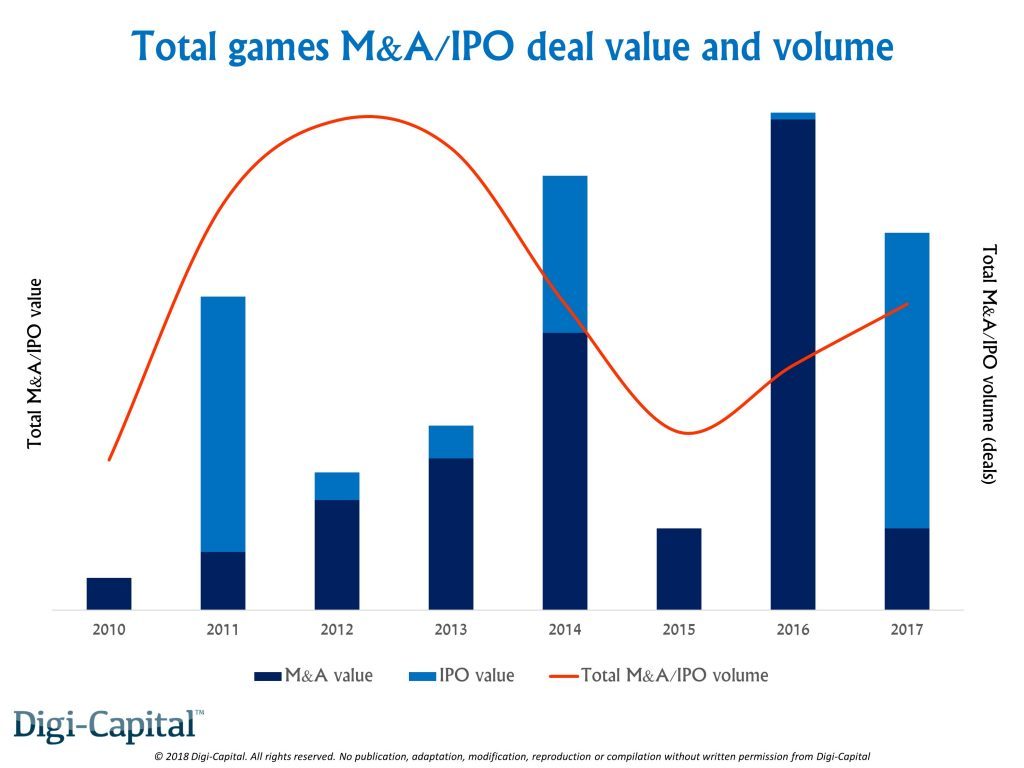 The volume of purchasing and merger agreements in the game industry has fallen to $5 billion. The year 2016 hosted the giant acquisation agreements, and about $28 billion was spent for these deals.

After the dip in 2015, the market moved to a record-breaking high in 2016 thanks to major agreements by companies such as Netmarble, SEA and Rovio. Digi-Capital analysts believe that the indie gaming studios will have a say in the future of gaming as they continue to grow to be giants.